Workshop in the Countryside – JOAN FONTCUBERTA.

PHOTOGRAPHY AS AN ARCHIVOLOGICAL PROCESS. 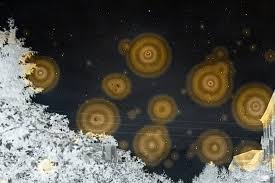 Both in his photographs and in his theoretical work, Fontcuberta&#39;s intention is to make
an appeal to anyone observing an image. He appeals for a critical awareness, a critical
distrust of the claim to absolute truth made by a certain current in photographic thinking. Fontcuberta considers himself a sceptic, and his works call into question the pre-established concept of photography, which is based on the idea of photography as a faithful reflection of reality.
Fontcuberta is a key reference for many contemporary artists and theorists.

The archive is a bastion of memory and its power is protected in fortresses where documents accumulate in an irregular fashion.The guardians of those places are the ones who have the authority to preserve access to information.Managing that access gives control over knowledge and the narrative. For that reason the archive has become a recurring element in contemporary artistic creation.Some archives are governed by opacity and intolerance, undoubtedly an expression of a deep fear of losing the monopoly over history. Censorship acts as a shield in these cases, and the artist responds like a hacker, leaking and amplifying those kidnapped voices.But, fortunately, other archives are the result of a desire for freedom, transparency and democracy. When an archive is open to free interpretation, it is as if our intelligence has been set loose in a new Ali Baba’s cave.

Audience:
The workshop is intended for photographers, teachers and students of Photography,
Fine Arts or Audiovisual Communication, and anyone interested in art and
photography.

Materials:
Participants should bring a mobile phone or digital camera, a laptop, a notebook and an example of their own work if they have anything available. 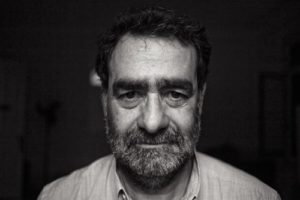 Barcelona, 1955. He is an artist, disseminator, essayist, curator, theorist, teacher, critic and art promoter specializing in photography. David Octavius Hill Award from the Fotografisches Akademie GDL of Germany in 1988, Chevalier de l’Ordre des Arts et des Lettres from the Ministry of Culture in France in 1994, National Photography Prize awarded by the Ministry of Education, Culture and Sports of Spain in 1998 and National Essay Prize in 2011. As promoter of events related to the art of photography, he organized the Catalan Photography Days in 1979, and in 1982 he collaborated in setting up the Barcelona Photographic Spring. In 1984, he was the curator of the exhibition Idas y Caos. The Photographic Avant-Garde in Spain 1920-1945, exhibited at the National Library of Madrid and at the International Photography Center (ICP) of New York and later Photographic Creation in Spain 1968-88, exhibited at the Cantini Museum in Marseille and at the Santa Monica Art Centre of Barcelona. In 1996 he was appointed Artistic Director of the Arles International Festival of Photography. In 1998 he won the National Photography Prize awarded by the Ministry of Culture of Spain. In 2011 he won the National Essay Prize awarded by the Ministry of Culture for his work La Cámara de Pandora.

His extensive photographic work is characterized by the use of digital tools at the processing stage and presentations which encourage the active participation of the viewer. In common with other contemporary artists, his work takes a critical view of reality and of photographic, historical or fictional truths using the medium of photography and its context.

Between 1985 and 2001, Fontcuberta’s work was exhibited in more than thirty museums and exhibition centres in Europe, North America and Japan, including in Lausanne, Barcelona and Montreal. His work has been acquired by public collections, particularly in the United States, Germany, France, Spain and Argentina, including the Pompidou Center in Paris, the Metropolitan Museum of Art and Modern Art in New York, the Art Institute of Chicago, the Museum für Kunst und Gewerbe in Hamburg, the IVAM in Valencia and the Museum of Fine Arts in Buenos Aires. On March 7, 2013 he won the prestigious Hasselblad International Photography Prize.

The workshop begins at 6pm on Friday and ends after lunch on Sunday.

Details of the schedule for Saturday and Sunday will be agreed at the start of the workshop.

Registration is open until the first day of the workshop assuming places are still available..